A sizable contingent of club riders participated in the third annual SFC Augusto “Tito” Pineiro memorial ride on Saturday, 10 October.  Despite less-than-optimal weather conditions, club riders led the 34 mile route to honor the memory of Tito, who was killed by a motorist while riding a hand-crank cycle.  Tito, who was known as “unbreakable”, was a local and regional icon.  Tito frequently tackled the most extreme athletic events to bring awareness to Operation Enduring Warrior.  One of the most extreme events Tito participated in was a 100 mile run – that Tito completed while wearing a full protective gas mask.  Family, friends and supporters stopped at the ghost bike memorial for a brief prayer and remembrance before completing the ride. 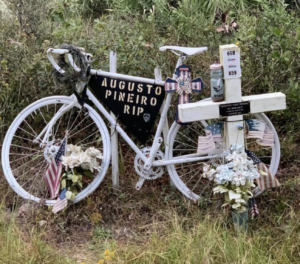 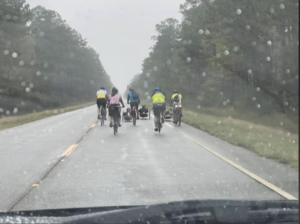 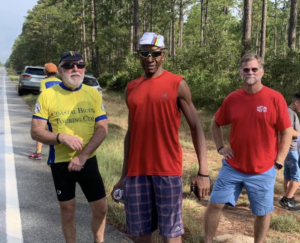 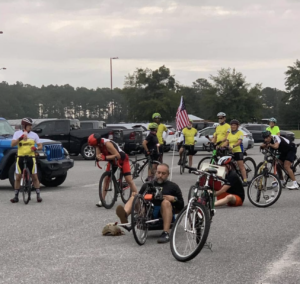 After a brief hiatus, club rides resumed on this chill October Saturday. A nice turnout with two speed groups for a pleasant tour of Burnside Island and Isle of Hope. Possibly a few more sprints than we were accustomed to due to this replicating the Sunday ride, but what doesn’t kill us makes us stronger! Ended with a delicious lunch at Sly’s Sliders and Fries! 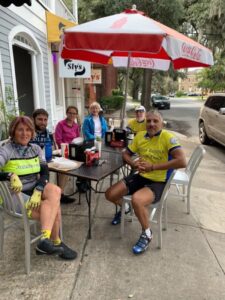 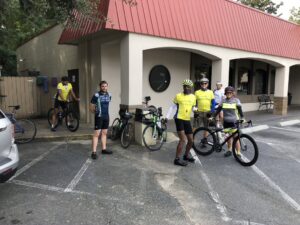 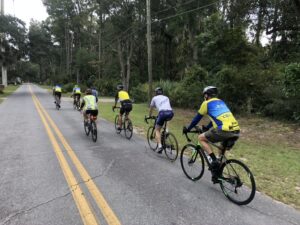 Sadly, we have no Savannah Century this year, but that didn’t stop us from our annual Savannah Century warm-up in beautiful Ellabell. It was a warmer start than we’ve had of late, but a nice breeze and more shade than I remembered along the way made for a great ride for both of our groups. We had out of town guests from Tampa in Dave and Kelly, and they gave Kathy a spirited ride. The rest of the gang took an old route for some variety and, to quote the bard, it made all the difference. 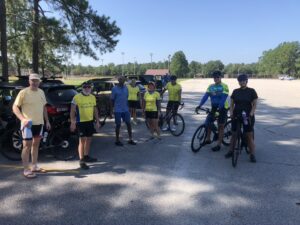 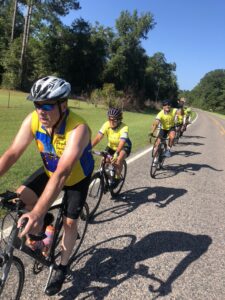 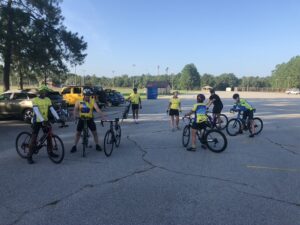 August was a month to remember, cycling weather-wise. Finished the month with another temperate and perfectly overcast day in an otherwise oppressively hot summer. Why I didn’t grab a photo of the sailboats enjoying the breezy day at our rest stop, I’ll never know; however, I did manage to snap pics of the two speed groups passing each other. 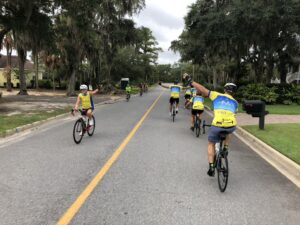 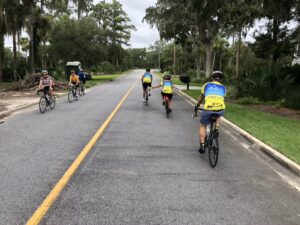 I missed due to my daughter’s soccer game, but John attended and supplied a photo from the Clyo Trading Post and the following blurb: It was a beautiful overcast day. We averaged 19 mph on a 40-mile loop. It was actually 19.2 but Strava kicked it back (ed. note: whom do I trust more, John or Strava…?). Slower group did 34 miles. 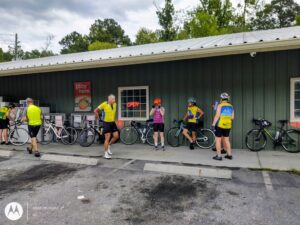 We’re really having a great August for biking! We had cloud cover most of the ride, and temperatures hung around the low 80s. What’s more, there was a breeze, and it felt like a tailwind the whole ride. Another two-group ride, going 32 or 40 miles, and we were zipping along. Richmond Hill has some very nice, flat roads, and we enjoyed this ride. Somehow, John managed to tie his chain in a knot at one point, but Howard the On-Ride Physician was able to perform emergency surgery to save the day. 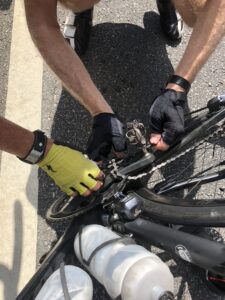 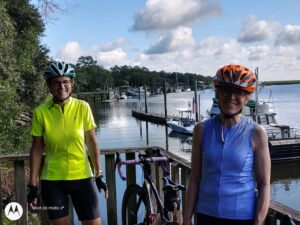 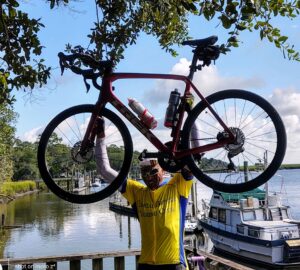 Perfect summer cycling weather on this one. Rain came through early that morning and cooled everything off but had dried by the time we rode. We took a wrong turn, but it was a nice, quiet road and, frankly, may develop into an alternate route in the future. Two good-sized groups for this ride. 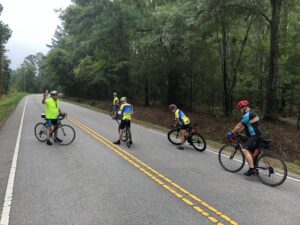 A beautiful day in McIntosh County, capped off by ideal wildlife watching at Harris Neck. Temperatures were great the entire morning and were capped off with a brief but thorough shower to cool off the home stretch. 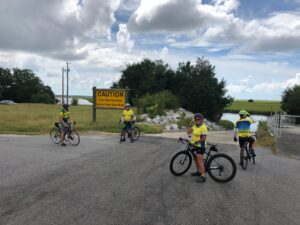 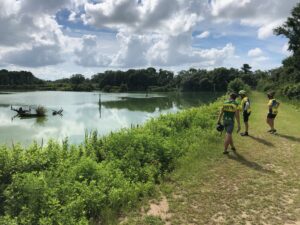 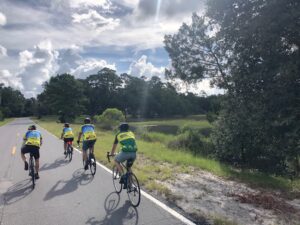 Great crowd for the Rincon Ride, with two speed groups helmed by the Club Members Extraordinaire James and Tina Dasher. A robust summer day, but the cycling breeze kept the worst of the heat away. 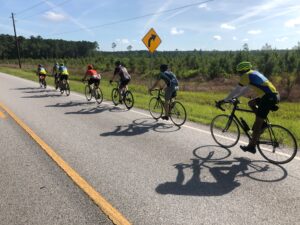